You can’t always see bad things coming, so it helps to prepare in advance. 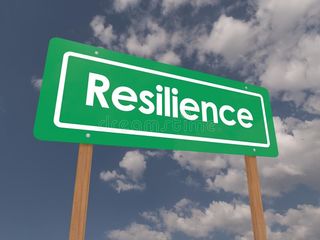 Preparing for “bad things” really means preparing to be “resilient” in the aftermath of adversity, even disasters. It  can be one of the most valuable things you can ever do, especially when facing potentially life-changing events.

Psychologically, the study of resiliencehas been pursued for decades. Interestingly, the best of the seminal studies were done by Dr. E. E.  Werner (2005) beginning in the 1950s researching resilient children. In the book Resilient Child (Everly, 2009), I distilled the research into core factors which seem to support children on the road to resilience. In the book Stronger (Everly, Strouse, & McCormack, 2015), I described the psychological and behavioral factors that seemed to be present in US Navy SEALs, professional athletes, and those who recovered from catastrophic injury.

There appear to be at least five core psychological/behavioral factors that resilient people possess. Simply stated, they are:

1. Active optimism – the belief that life events will turn out well, largely because one believes she/he possess the ability to assist in making things turn out well.
2. Decisiveness – the ability to overcome “paralysis by analysis” and make difficult decisions.
3. Moral compass – the ability to evaluate one’s actions against a standard of honesty and integrity, preferably before one acts rather than after.
4. Tenacity – the ability to persevere despite frustration and even failure (often seeing failure as a stepping stone to success).
5. Interpersonal support – the inclination to create and utilize social support as a means of fostering personal and professional success and happiness.

Of those five factors, however, two stood out as the most powerful: active optimism and self-efficacy and interpersonal support.

Self-efficacy is the term coined by Dr. Albert Bandura (1997) and is defined as “beliefs in one’s capabilities to organize and execute the courses of action required to produce given attainments” (1997, p. 3). Thus, self-efficacy is the belief that one can act successfully as an agent of change acting on one’s own behalf or the behalf of others when confronting adversity, known or unknown.