Personality Isn’t Permanent—Or Is It? The Answer Is No

Here’s a breakdown of the recent research on personality change. 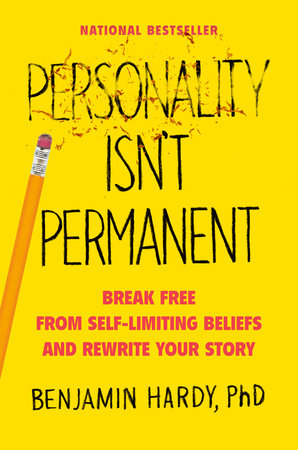 There is a great deal of debate on the subject of “personality” and particularly, whether or not it is permanent and fixed or whether it can and does change.

Some psychologists believe personality is innate and immutable. Others, like the Harvard psychologist William James, believed it changed until age 30. As he stated in his book, The Principles of Psychology: “In most of us, by the age of thirty, the character has set like plaster, and will never soften again.”

“Yes, people’s personalities do change, but personality type doesn’t. This may sound like a contradiction… It is clear that personality isn’t permanent… Personality “type,” as understood by the Myers-Briggs framework and by Carl Jung‘s theory, is a different story. [Personality type] is not the total embodiment of personality but rather a set of natural predispositions that, in fact, do not change, even in the face of significant change with regard to our skills, abilities, desires and interests over the course of our lives.”

No wonder people are confused. Is personality innate and unchangeable? Does it solidify and become permanent at age 30? Is it some “type” you fit into, which “type” cannot change even though “personality” does change?

Here’s a brief breakdown of some of the key science on the subject of personality change:

There is a great deal of research showing that are personality changes over the course of our lives. In fact, it changes more than we ourselves predict it will. Moreover, our personality is not a single “type” unaffected by context. Rather, personality is often predicted by the season of life we’re in, the role we’re in, who we’re around such as peer-group, and more.