Perfectionism and the Pregnant Woman

Pregnancy offers many extra “opportunities” for perfectionism to bubble up.

It was their first prenatal class. Jennifer was 20 weeks pregnant, and she and her husband were happy for the chance to hang out with other couples who were newly pregnant. After all, none of their friends had children yet, and they were ready to share their experience with others.

But, as they waited for the class to start, Jennifer looked around at the other couples in the small classroom. She saw beautiful, pregnant women in beautiful clothes. She saw happy, intimate couples. She saw couples who had it all together. And suddenly, she felt very small. She felt frustrated that she had gained weight. She felt irritable with her husband for not understanding her needs and supporting her better. And from somewhere deep inside arose the thought that she wouldn’t be as good of a mother as the others. 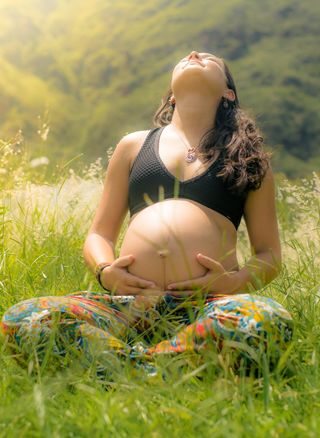 In short, she felt that she didn’t measure up to the other women in the class. They were more and better… and she was less and inadequate.

Perfectionism: Enemy of the Pregnant Woman

Jennifer showed many of the signs of perfectionism. Throughout her life, she had set unattainably high standards for herself, and then struggled with cycles of disappointment and frustration when she didn’t meet them.

She was her own worst critic – relentlessly criticizing herself for her lack of measuring up. She constantly felt inadequate. She felt that if she didn’t work hard or perform well, others simply wouldn’t think she was a decent person. The worst part was that nothing she did was ever “good enough.” And under this kind of constant pressure, she felt frustrated, resentful… and chronically stressed.

The problem with perfectionism

People who struggle with perfectionism generally say that “it’s how they’ve always been.” That’s because it’s an ingrained part of our personality. In other words, perfectionism is like a lens that we look through when we view the world, one that colors our feelings, thoughts, and actions.