I Love You and I’m Cheating. Why?

Even people who are happy in their relationships can cheat. 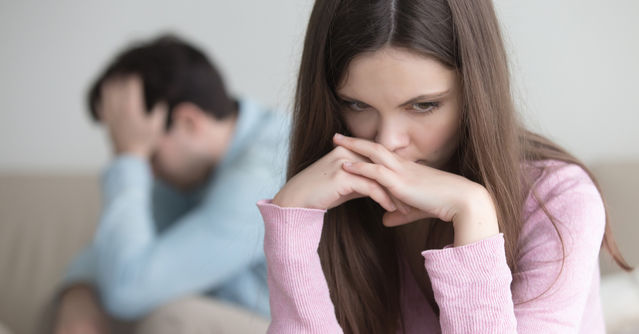 The general thinking about why people cheat on a committed relationship partner is that there is a problem with either the cheater or the relationship. Often, we assume that cheaters have a pathology, some unresolved trauma/dysfunction, or at best a form of emotional immaturity that pushes them into infidelity. Other times, we assume that the primary relationship is flawed in some significant way that creates a perceived need for external sex and intimacy. Either way, we tend to view infidelity as symptomatic of underlying problems. The cheater and/or the relationship is troubled, and cheating is the result.

That said, the cause and effect model described above doesn’t fully explain all infidelity. Over the years, I’ve had countless clients tell me that they love their spouse, they have a great relationship, they enjoy each other’s company, they respect each other, they’re attracted to each other, the sex is good, and there are no money or family or other obvious relationship problems. The only real issue is that they’re cheating and they can’t, or don’t, want to stop.

So there the cheater sits, happy in his or her relationship but still cheating and wondering why. “Surely,” the cheater says, “there must be something wrong with me or with my relationship, or I wouldn’t be doing this.” And typically, a therapist will start to explore those possibilities with them, searching for an obvious underlying problem to explore and address.

What I have learned over the course of nearly three decades as a therapist specializing in sex and intimacy issues is that infidelity is often a symptom of a flawed personality or relationship, but not always. Some people are reasonably emotionally healthy and in a wonderful primary relationship, and they still choose to cheat. And this is true for both men and women.

Esther Perel, who verbalizes this idea in her book The State of Affairs, suggests four reasons why people who are generally well adjusted and happy in their primary relationship might nevertheless engage in infidelity, risking their marriage, their home, their family, their standing in their church or community, and more.

Searching for a new sense of self is likely the most powerful of these reasons (and it may encompass the other three). About this, Perel writes:

“People stray for a multitude of reasons, and every time I think I have heard them all, a new variation emerges. But one theme comes up repeatedly: affairs as a form of self-discovery, a quest for a new (or a lost) identity. For these seekers, infidelity is less likely to be a symptom of a problem, and is more often described as an expansive experience that involves growth, exploration, and transformation.”

For these cheaters, infidelity is an exploration of never experienced or long-repressed parts of the self. It is freedom from who they have been and currently are. Interestingly, they usually don’t want to change who they are, they simply want to escape those constraints for a short while—to feel young again, to feel unburdened, to explore and grow and experience life. When these individuals cheat, they’re not looking for another person, they’re looking for themselves (or, at the very least, for a lost or long-ignored aspect of themselves.)

The Seductive Nature of Transgression

Sometimes happy people who cheat say they feel like a teenager when they’re sneaking around and having sex or an affair. It’s exciting and forbidden and they get a kick out of breaking the rules. It’s like a five-year-old sneaking a cookie that his mother said he couldn’t have. The forbidden cookie just tastes extra sweet.